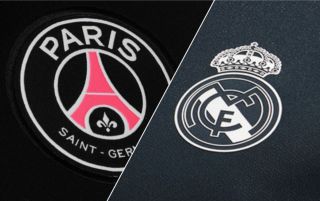 Paris Saint-Germain are reportedly interested in trying to prise Vinicius Jr away from Real Madrid next summer as his struggles under Zinedine Zidane continue.

The 19-year-old has scored just one goal and provided one assist in 11 outings so far this season, but the majority of those appearances have been off the bench as he has been forced to play a bit-part role thus far.

That will be a blow for the Brazilian starlet given the impact that he made last season as he would undoubtedly have hoped to build on that and cement his place in the starting XI.

However, it hasn’t quite gone to plan and now the Daily Mail report, via Sport, how PSG sporting director Leonardo wants to take advantage of the situation and sign him for the reigning Ligue 1 champions to bolster their attacking options.

It’s noted that Real Madrid have an interest in Kylian Mbappe, and so whether it’s a way to build relationships with their European rivals or to perhaps even start discussions over a possible swap deal with cash in exchange, it could be part of a bigger picture for the Spanish giants.

Time will tell how the situation develops, but the report does go on to add that Vinicius himself isn’t particularly keen on the idea of an exit from the Bernabeu, as ideally he will want to establish himself and prove his worth to Zidane and the Madrid faithful.

Whether or not he gets opportunities to do that between now and the end of the season remains to be seen, as if he is still on the outside looking in come next summer, perhaps a switch to PSG will become more appealing.