Arsenal fans will be hoping for plenty of changes in the upcoming months. It’s clear that the team needs some further investment, and a new manager would probably be a fairly popular move too.

This doesn’t seem to be a move that would make any great difference in the short term, but it looks like Stan Kroenke has been using his US connections to unearth some possible American talent for The Gunners.

READ MORE: ‘No spirit, no hunger, nothing at all’ – Ex-Arsenal ace launches scathing attack on Gunners under Emery

According to a report in The Daily Mail, Arsenal have arranged to take Cole Bassett on trial from Colorado Rapids. He’s described in the article as “a wonderkid” and it seems he will train with the U23 side ahead of a possible move to The Emirates in January.

The wonderkid tag is thrown about pretty freely these days, so it’s hard to tell how talented the kid might be. He’s still only 18 but played 20 times in MLS last season so at least he does have some experience of senior football. 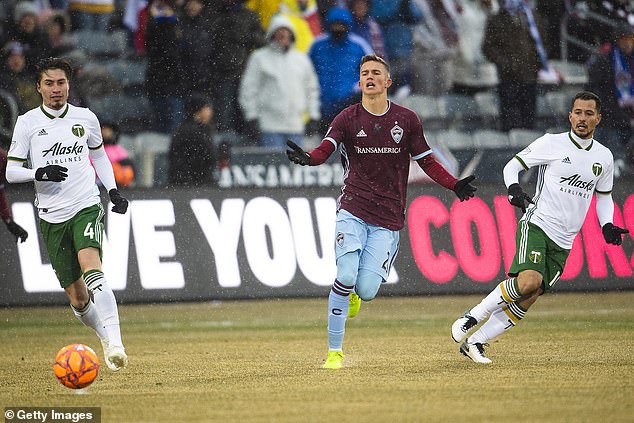 The story also indicates that he’s a massive Arsenal fan so obviously he seems very keen to make the move. There is an international break so a lot of the Arsenal squad will be away with their countries, but it’s still a chance for him to impress.

At this point it looks like he could be one for the future, but surely the fans will be hoping for more action that this in January?