Barcelona striker Luis Suarez is reportedly considering his future at the club, with a possible switch to the MLS mooted for the Uruguayan.

At 32-years-old, Suarez continues to lead the line for the Spanish champions, who have climbed back to the top of La Liga at the start of the 2019-20 campaign.

The Uruguay international has scored six goals in ten appearances, while also adding two more to his tally in the Champions League, playing alongside summer signing Antoine Griezmann and club talisman Lionel Messi.

Since moving to Camp Nou from Liverpool in 2014, Suarez has won 13 major trophies, including four La Liga titles and the European Cup, solidifying his reputation as one of the best centre-forwards in the game.

However, according to Calcio Mercato, Suarez is now contemplating a transfer away from Barcelona, with one particular next destination at the forefront of his mind.

The Italian publication states that the ex-Liverpool superstar is weighing up a potential move to the MLS, with LA Galaxy and New York City FC thought to be the two clubs he is most interested in joining. 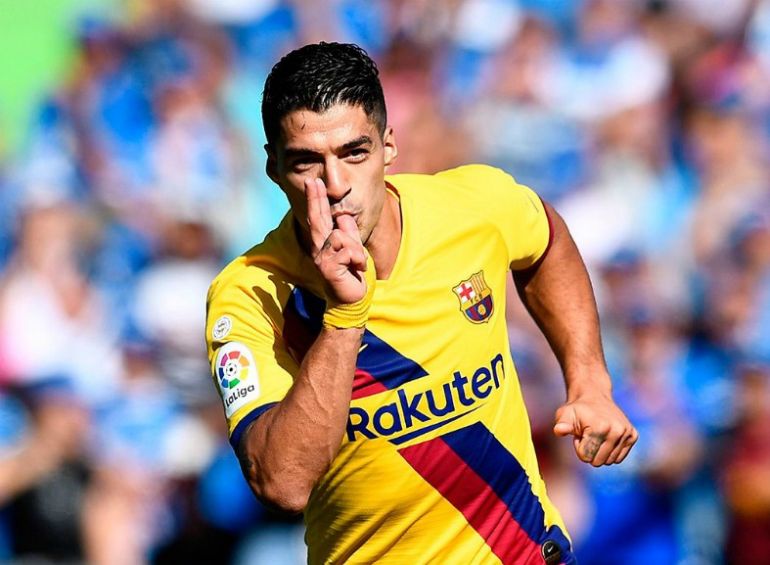 Suarez is approaching the twilight years of his career

Suarez would surely be a huge hit in the United States, following in the footsteps of high-profile names such as David Beckham, Thierry Henry, David Villa, Wayne Rooney, and Zlatan Ibrahimovic in venturing over to the MLS towards the ends of their illustrious careers.

That being said, it would still be a real surprise to see the enigmatic striker walk away from European football when he is still functioning at such a high level and still such a valuable member of Barcelona’s squad.

Suarez is contracted to remain at Camp Nou until 2021 and he could easily stay beyond that if he wanted to, but he might already be thinking of winding down his playing days in a less competitive league.

It remains to be seen whether or not he will push for a transfer when the market reopens, but Barca may have to start preparing for life without a prized asset sooner rather than later.