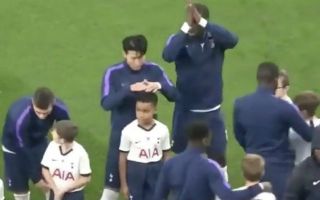 Tottenham forward Heung-min Son made sure his mascot stayed dry before a Premier League clash against Sheffield United on Saturday.

Spurs were held to a 1-1 draw at home by the newly-promoted side, with Son’s 58th-minute opener cancelled out by a George Baldock effort late on.

Tottenham fans didn’t have much to cheer about during the 90 minutes, but there was a heart-warming moment prior to the match which showed exactly why Son is considered one of the nicest guys in English football.

The South Korea international was lining up alongside his teammates in preparation for the pre-match handshakes when he decided to shield his mascot from the rain with his hands.

The supporter was then seen looking up at his idol smiling, with Son’s classy gesture likely to live long in the youngster’s memory.

Sonny protecting his mascot from the rain. Purest soul in the world & I will not be convinced otherwise. ?? pic.twitter.com/ze7hxqIXhD

Son Heung-Min covering a mascots head from the rain, what a legend.

He’s got such a pure soul and is so humble! 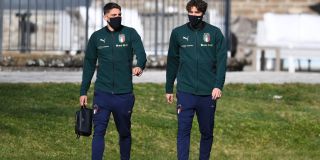