According to the Mirror via TyC Sports, Lionel Messi has sensationally revealed that Real Madrid legend and current boss Zinedine Zidane is the only player he’s ever asked to swap shirts with.

The Barcelona superstar revealed that he asked the four-time Champions League winner for his shirt after one of the early El Clasico games in his career.

Some Barcelona and Real Madrid fans will be shocked to learn this, Messi clearly holds the Frenchman in high esteem if he’s the only player he’s ever asked to fulfil this gesture.

To put things into perspective Messi has been at the top of world football for around 15 years, just think about all of the superstars that have come and gone during that period. 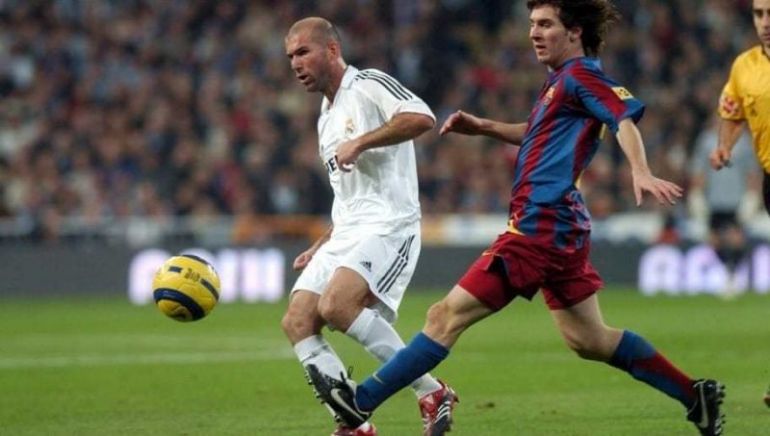 Messi and Zidane battling for the ball.

Here’s what Messi had to say on the moment:

“I don’t ask for shirts, I usually swap them, but I asked Zidane once,”

“If there is an Argentine I swap it with him, but, unless someone asks me, I’m not asking anyone.”

We can only imagine the surprise on people’s faces when they see Zidane’s shirt hung up in Messi’s house. You really do learn something new everyday.