Chelsea winger Willian is reportedly desperate to do what it takes to get a dream transfer to Barcelona as he nears the end of his contract.

The Brazil international has also been linked with Juventus by Corriere dello Sport, but it may be that his preference is for a move to La Liga before the end of his career.

That’s the claim of Spanish source Don Balon, who state Chelsea are hoping to offer him a new one-year contract, though Barca could come in with a longer deal as he edges closer to becoming a free agent.

Interest from Barcelona is by no means certain, however, as Don Balon’s report suggests Lionel Messi is not at all keen on this potential signing.

The Catalan giants have a number of young players who could do a job in Willian’s position, so it might not be too sensible to bring in a player who will turn 32 next season. 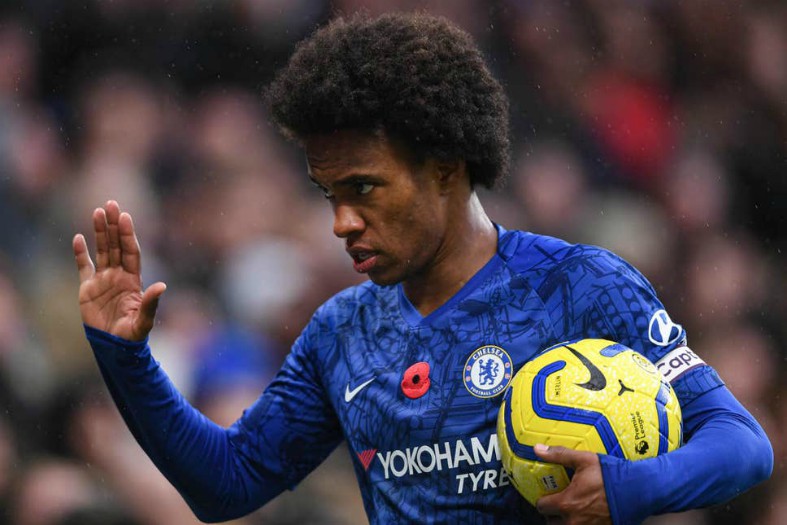 Willian could leave Chelsea for Barcelona

Still, the former Shakhtar Donetsk man remains a key player for Chelsea and it is little surprise Don Balon state they want to offer him a contract extension.

It is a big worry, however, that Don Balon claim he has his heart set on playing for Barcelona at some point in his career.

Having lost Eden Hazard to Real Madrid in the summer, the Blues could really do without another big name heading for Spain.