Barcelona ace Junior Firpo could end up leaving the club for Man City despite having just signed for the Blaugrana this summer just gone.

Firpo arrived at the Nou Camp earlier this year from fellow Spanish side Real Betis, however it now seems like the Spaniard could be on his way out of the club already.

According to Don Balon, Man City are eyeing up a move for Firpo which comes following their interest in him during the summer window, interest which ended in them submitting an offer for him, one that proved to be unsuccessful.

It’s also noted that City’s troubles at left-back have lead to Guardiola’s side reigniting their interest in Firpo, with the player set to be cost the Citizens around €25M should they be serious about their pursuit of him. 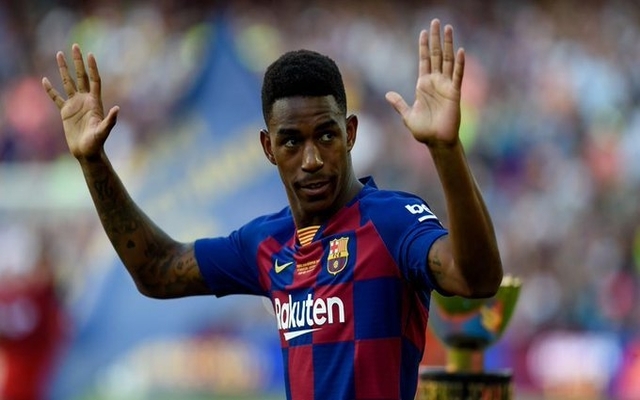 Firpo has made just five appearances for Barca since his move from Real Betis over the summer, with the 23-year-old struggling to displace Jordi Alba at left-back since his arrival.

The Spaniard’s five appearances have come due to Alba constantly getting injured this season, a factor that’s set to allow Firpo to impress in the coming weeks.

As per Mundo Deportivo, Alba could be out for around five weeks after picking up an injury earlier this month, something that now surely means Firpo is going to get a chance to shine in Barca’s starting XI in the coming weeks.

If Firpo fails to take this chance and doesn’t impress Valverde and Co, it seems like he could be on his way to Manchester if this report is to be believed.