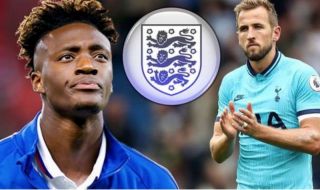 With a slow start to the season Harry Kane has many strikers breathing down his neck looking to take his place in the England starting line-up, none more so than Chelsea’s standout goal scorer Tammy Abraham.

After just 12 appearances for his boyhood club, the 22-year-old has netted 10 goals in just 12 games for Chelsea, one goal behind the Premier League’s current top goal scorer Jamie Vardy. Per BBC Sport, analyst Garth Crooks has even compared the Englishman to Chelsea legend Didier Drogba.

With such an impressive start to the season many fans have been asking for Abraham to not only be called up to the England squad but to have him start over current captain Kane.

Much like his team Tottenham Hotspur, Kane has struggled in front of goal this season, with the star striker only netting in 6 goals in 11 league fixtures.

Despite some fans clamouring for a change in the England front line, in a recent press conference Abraham’s head coach Frank Lampard told BBC Sport that his young front man should admire Kane as he “is an incredible player. What he’s done in recent years and his career is amazing, so Tammy needs to look up to that.”

Although Abraham has managed to perform well over a 12-game stretch, Kane has been one of the most consistent strikers in the world for the past five years. Therefore Tammy will to have a very special season if he wants to be starting regularly for England anytime soon.