He might be one of the most difficult players to like, but Mauro Icardi is devastating when he gets the ball in front of goal.

He had a tough start in France when he was out of the team and reports suggested the Argentine players were struggling to accept him due to having an affair with a former teammate’s wife, but he’s started to play regularly and score goals.

READ MORE: Under fire Real Madrid star insists he’s one of the best in the world

His nine goals in ten games is an impressive return, so it’s no great surprise to see reports are starting to link him with a permanent move to Paris:

#PSG are in talks with Wanda Nara to confirm Mauro #Icardi on a permanent deal. #Leonardo wants to use the option to buy from #Inter for €65M in the next mounths. Al Khelaifi is preparing a new contract (5-years) for the striker. #transfers

He seemed to be out of favour with Inter Milan so there should be a good chance of the deal going through. That report also indicates there’s already an option to sign him for €65M built into his loan contract.

If they do secure his transfer, it would start to bring the future of Edinson Cavani into doubt. He’s the wrong side of 20 and PSG only play with one up front so it could be a sign that he’s being moved to a back up role. 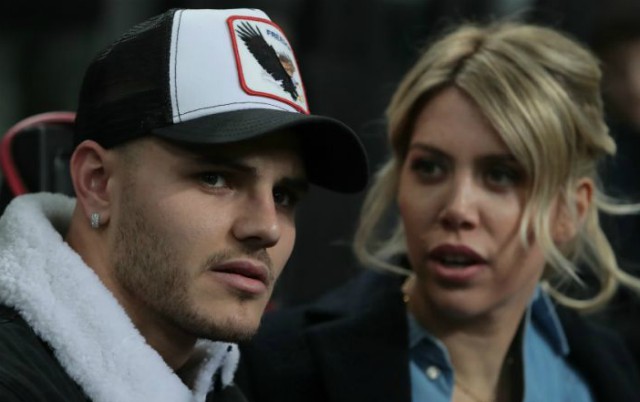 Icardi and his wife/agent Wanda Nara

Cavani has been linked with a move to David Beckham’s Inter Miami side who will play their first season in MLS next year, so it will be interesting to see if he’s still there after January.