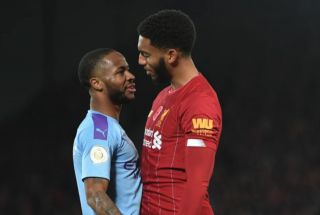 A lot has been made of Joe Gomez and Raheem Sterling’s bust-up whilst on England duty lately, and now, it seems even more details on the incident have revealed by certain sources.

Gomez and Sterling’s beef seemed to start during Liverpool’s 3-1 win over Man City on Sunday, after the two squared up with one another following a challenge by Gomez on Sterling.

This beef seemed to carry on into international duty, with the Daily Mail noting that Sterling and Gomez had yet another bust-up in the England canteen, something that lead to Southgate dropping the player from his match-day squad to take on Montenegro.

And now, even more details regarding the duo’s bust-up have been revealed by reliable source The Athletic.

As per the report, sources confirmed that the incident took place at around midday on Monday at England’s training ground, St James’ Park, with Sterling trying to get Gomez in a headlock after confronting him in the canteen.

One source even confirmed “It was a pretty full-on thing and food went everywhere. Sterling behaved like a bit of a child”. 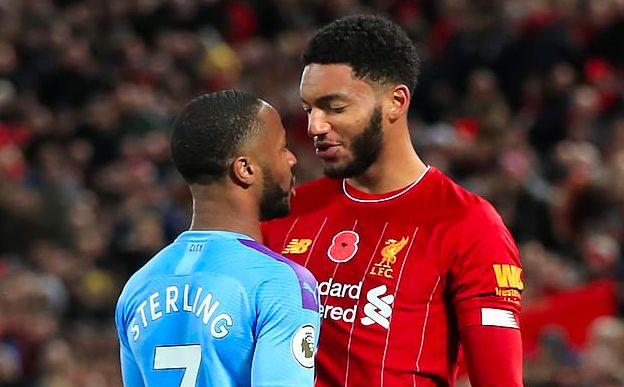 Given that England need to win one of their two Euro 2020 qualifiers this week in order to qualify for the tournament proper, this incident couldn’t really have come at a worser time.

It’ll be interesting to see whether Southgate elects to start both Sterling and Gomez against Kosovo on Sunday, a game England may very well have to win in order to qualify for Euro 2020.