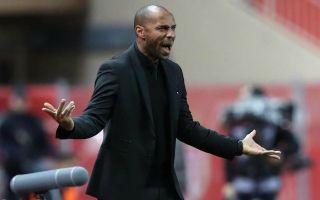 Thierry Henry will look to put his nightmare at Monaco behind him as he has been confirmed as the new coach of Montreal Impact.

The 42-year-old lasted just 20 games in charge of the Ligue 1 outfit, winning just four of those outings while losing 11 as he left them facing the threat of relegation.

Naturally, that would have been a huge blow to his reputation and his chances of securing a top job elsewhere in the more immediate future, but now he is back in the game.

As confirmed in their tweet below, Henry has been appointed as Impact boss and has penned a two-year deal with an option for a third as he looks to now show that he has the qualities required to be a successful coach by building himself back up again.

The Frenchman knows MLS well following his stint with the New York Red Bulls as a player, and so he’ll be hoping he can draw on that experience to now help him with his latest challenge on the sidelines in Montreal.

The pressure will undoubtedly be on him though, as if he were to struggle and see his tactical abilities and man-management questioned again, it could be a real blow for his future aspirations of getting another top job in Europe.

Time will tell how the situation plays out, but Henry will certainly also be excited by the opportunity for now and perhaps with the ongoing problems under Unai Emery, Arsenal fans will be following the club legend to see if he can rebuild himself as a manager and put himself in contention for the top job at the Emirates further down the line.

Video: Arsenal legend controversially snubs Gunners greats to name the best played he played with or against