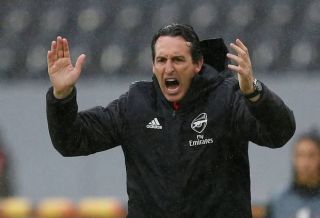 Danny Murphy feels that Arsenal would’ve had more points if they were managed by Chris Wilder or Sean Dyche.

The Gunners are currently 6th in the Premier League table with 17 points to their name. A month has passed since Arsenal last won a Premier League match and they are eight points behind the top four.

Murphy is of the opinion that the gunners would’ve amassed more points if they were managed by Wilder or Dyche.

Speaking to talkSPORT, the former Liverpool star said: “If you look at Sean Dyche and Chris Wilder at Sheffield United, they are two English managers who have come up the hard way. Would Arsenal be in a better position now if Wilder was in charge or Dyche? Would they have more points? I think [they would], 100 per cent.”

Both Wilder and Dyche have done a pretty good job at Sheffield United and Burnley respectively. While the former took his club from League One to the Premier League, the latter helped the Clarets finish seventh in the top-flight.

Sheffield United are currently above Arsenal in the league table in fifth position while Burnley are tenth. Both managers might’ve done better than Emery if they were in-charge.

Nevertheless, Arsenal have a fair chance of Champions League qualification if they win the Europa League. The Gunners play their next match against Southampton on the 23rd.