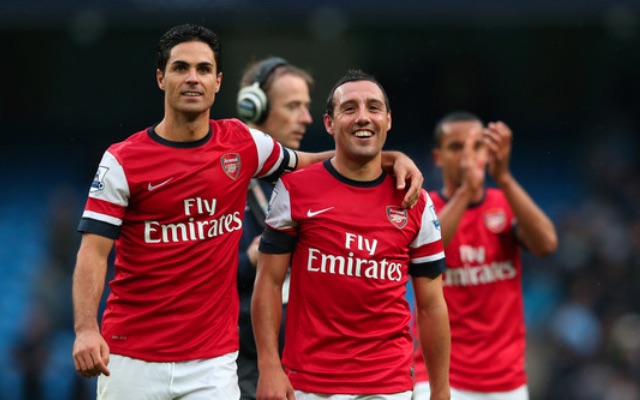 It’s pretty rare that a player can go nearly two years without playing in their thirties and still get back to the top of their game.

Santi Cazorla picked up a horrible injury in 2016 when he was still with Arsenal, and didn’t actually play a game again until 2018 when he returned to Villarreal in Spain. You could be forgiven for thinking that, at his age, he would return as an absolute shadow of the player he was and would only be used sparingly.

The reality couldn’t be more different. He was outstanding last season, played 46 times and even earned a recall to the Spanish national team. He hadn’t played for Spain since 2015, but added two more caps and even captained the team in the second game.

It’s a great story to hear, especially when he should go down as one of the more likeable players in recent Premier League history. His elegant style and cheeky grin should endear him to most fans, though admittedly those of a Spurs persuasion may not agree.

The Independent recently published an interview with the former Arsenal man as he opened up about his injury and leaving Arsenal. His comments suggest the’s still not completely over the circumstances that saw him leave the club as he sent a message of thanks to their fans.

Speaking about Arsenal he said: “I never got to say a proper goodbye. It was the biggest team I played for in my career and I miss everything about Arsenal. I don’t know what my legacy is there, you would have to ask the fans, but I want to say thank you to them all. I would like to play at the Emirates one last time before I retire.”

His current side Villarreal are in mid table but don’t sit too far away from the European spaces. When you consider that Arsenal have become a Europa League team in recent years, it’s not impossible to think he might get that chance to return to The Emirates one last time.

Arsenal fans would probably prefer Champions League football, but that looks unlikely when you look at their current form.