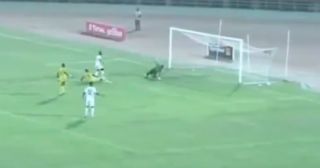 Naby Keita has shown Jurgen Klopp what he can do with a fine goal for Guinea tonight despite not starting many matches for Liverpool this season.

Watch the former RB Leipzig midfielder’s strike below as he shows great instincts to follow up on a saved effort and bundle home from close range.

Keita hasn’t quite lived up to expectations at Anfield so far, but he’s reminded Liverpool of his quality here.

Things you love to see ?

It remains to be seen if Keita can get back into the team, however, with so much competition for places at the moment.

Jordan Henderson, Fabinho and Georginio Wijnaldum are not going to give up their places easily, while James Milner and Alex Oxlade-Chamberlain are also quality players fighting for that role.