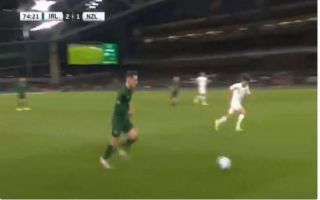 He’s not made his professional debut for Celtic yet, but Lee O’Connor showed a lot of promise tonight as he made his senior debut for the Republic of Ireland.

It looks like he played the game at right-back, and he produced this fantastic cross to assist Ireland’s third goal as they defeated New Zealand:

Republic of Ireland v New Zealand: GOAL Callum Robinson grabs his first Ireland with a header to make it 3-1 to Ireland. #IRENZL pic.twitter.com/dOjs0QqdHI

It still seems surprising that Manchester United let him go to Celtic. He was highly rated at Old Trafford and they’ve shown a willingness to get the young players into the first-team over the past couple of seasons.

His main problem at Celtic is trying to figure out where he would fit in. They already have three right-backs playing at a high level so he might struggle to play there, while the central pairing of Kristoffer Ajer and Christopher Jullien looks like it won’t be broken up.

It might be best for him to leave on loan in January – he’s shown he can play at senior level but needs a chance to get a regular run in a first-team somewhere. 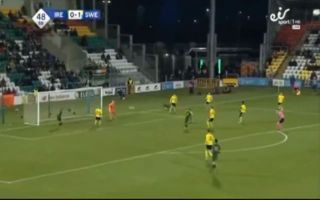