Manchester United have reportedly been given a huge opportunity in the transfer market as Piotr Zielinski looks likely to leave Napoli.

The Poland international has generally impressed in his time in Serie A, but now looks more than likely to leave in the near future after his relationship with the club’s fans has deteriorated.

It could now be that Man Utd are in a strong position to pounce for Zielinski, who is said to be available for just £40million.

There is also interest from Liverpool and Arsenal, according to the Mail, but United are also mentioned as being in the hunt for a player of his type.

The Red Devils have perhaps most strongly been linked with Leicester City’s James Maddison in that role – a player expected to cost possibly more than double the price being touted for Zielinski. 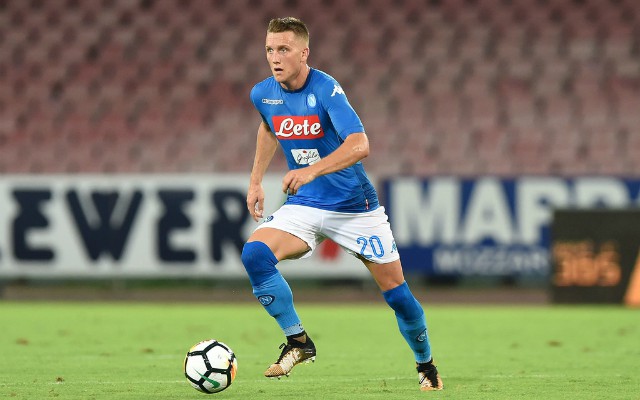 Piotr Zielinski could be a fine signing for Manchester United

Tottenham playmaker Christian Eriksen has also been mentioned as an option for United, but this report suggests Zielinski could be a very realistic option.

The 25-year-old seems ideal for MUFC’s needs and it’s unlikely they’ll find another player that good for that cheap.