Juventus are reportedly planning an offer to try and prise goalkeeper Gianluigi Donnarumma away from AC Milan next summer.

The 20-year-old has firmly established himself as a pivotal figure for the Rossoneri, as he has made 175 appearances for the club already having cemented his place in the starting XI at an early age.

While his current contract runs until 2021, there doesn’t appear to be any immediate danger in terms of his future at San Siro, but it has been claimed that Juventus could be preparing to try and prise him away from their Serie A rivals.

According to La Gazzetta dello Sport, the reigning Italian champions could be plotting a summer swoop for the Italian international as they look to take advantage of possible complications in renewal talks between Donnarumma and Milan.

Further, it’s added that they may be willing to propose a swap deal to sweeten the move, with one of Merih Demiral or Daniele Rugani being included in their offer to give the Rossoneri a defensive solution that they’ve been looking for.

Given his importance to the side and with a huge part of his future still ahead of him, the ideal scenario for Milan is likely to be one that sees Donnarumma pen a contract renewal and commit his long-term future to the club.

In addition, perhaps they can look to sign either Demiral or Rugani without having to lose their prized asset, and further strengthen Stefano Pioli’s squad.

However, as they sit down in 14th place in the Serie A table and 11 points adrift of the last Champions League qualification spot, it surely has to be questioned as to how long Milan can continue to hold on to their top players if they fail to take back a seat at Europe’s top table for another year.

While Donnarumma has been with the Rossoneri from a young age, he will undoubtedly have ambitions of winning major trophies. If Milan can’t show enough progression to suggest that they can offer him the chance of that, perhaps that will influence his decision on whether or not to sign a contract renewal with them. 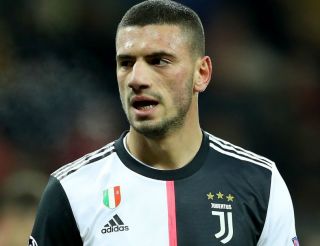