Liverpool reportedly have the edge over a number of clubs, including Manchester City, in the race to sign Borussia Dortmund and England international Jadon Sancho.

Sancho has become one of the most wanted youngsters on the planet in recent times following his rise to fruition whilst with Dortmund.

The teenager has bagged 17 goals and 27 assists in all competitions since the start of last season, form that he helped him earn a place in Gareth Southgate’s England side simultaneously.

Given this, it’s unsurprising to hear that the 19-year-old has been linked to some of Europe’s biggest clubs in recent times, however despite this, it seems like Liverpool are leading the chase to land the winger’s signature.

According to Don Balon, Sancho, who’s valued at around €150M, has caught the eyes of clubs such as PSG, Juventus, Bayern Munich and Man City, however Jurgen Klopp’s side are ahead of all of these clubs in the race for the player given their good relationship with Dortmund.

With this in mind, it wouldn’t be surprising to see Sancho end up at Anfield in the near future, especially when you consider how good the Merseyside outfit have become lately. 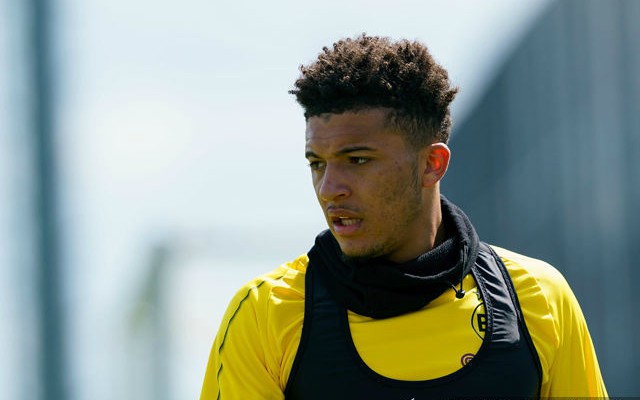 The Reds look destined to claim their first-ever Premier League title this season following their 3-1 win over Man City last weekend, as the club look to add to the Champions League title they won back in May earlier this year.

Sancho will have a great chance of winning numerous pieces of silverware should he end up sealing a move to Anfield in the near future, thus this move just looks like a deal waiting to happen if you ask us…