Manchester United are reportedly ready to make a double January swoop for for wonder-kid duo Jadon Sancho and Erling Haaland.

Both Sancho and Haaland have become two of the most sought-after youngsters on the planet in recent times, with the duo being linked to some of the world’s biggest and best clubs as a result.

Man United are one of the many clubs that have been linked with a move for both Sancho and Haaland, with the Mirror even stating that the Red Devils are eyeing up a huge £200M swoop for the duo in the January window.

The report also notes that United hope to use Solskjaer’s relationship with 19-year-old Haaland in order to help them snag a deal for the Norwegian, whilst they also hope Sancho’s patchy relationship with Dortmund will help them in their attempts to sign the winger. 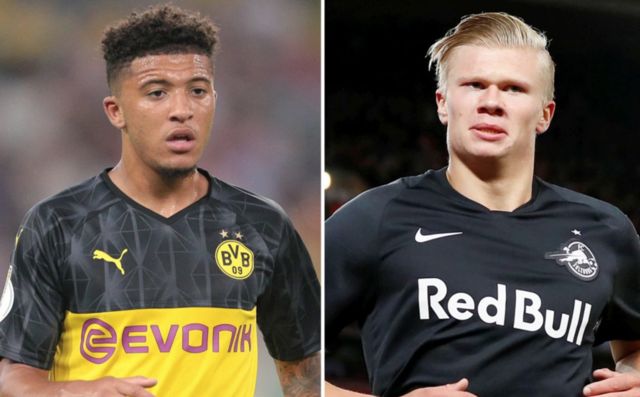 Haaland has been in brilliant form for RB Salzburg so far this term, bagging a ridiculous 26 goals and six assists in all competitions.

The Norwegian’s arrival at Old Trafford, should it happen, will provide United with a big boost in attack, something the club could do with considering their record in front of goal this year.

United could also do with one or two more options to choose from out wide, thus their pursuit of Sancho makes sense.

The England international is one of the most dangerous, young attackers in all of Europe, one who could easily form a solid partnership up front with Rashford and Martial should he end up joining the Red Devils.