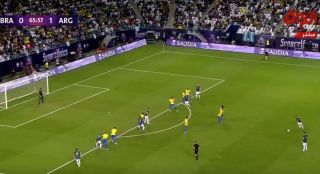 Alisson was undoubtedly on form for Brazil this evening, as he produced a stunning save to deny Lionel Messi from 30-yards in order to prevent the Selecao from falling behind even further against Argentina.

Having already scored earlier in the match, Messi tried his luck from a free-kick in the second half, however unlike at the weekend for Barcelona, he failed to convert the set-piece.

Messi tried to score a goal like the one against Liverpool.?

Alisson: not every time bro!?

The Barca talisman was denied thanks to a truly brilliant save from Liverpool ace Alisson, who tipped the forward’s effort over the bar.