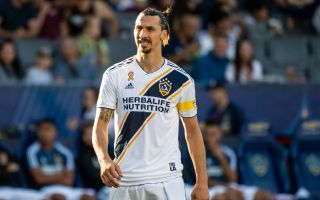 Zlatan Ibrahimovic has confirmed that he will leave LA Galaxy when his contract expires at the end of December, but it remains to be seen where he goes next.

As seen in his tweet below, he appeared to bid farewell to Los Angeles and naturally put his own spin on it with a touch of humour and a massive dig.

SEE MORE: Why Milan should make key signing to bring former talisman back in January

There is no doubt that his presence will be missed given the impact he made for Galaxy with 53 goals in 58 games for the franchise, but now the focus is starting to switch to where he will go next.

Despite now being 38 years of age, he has arguably shown during his stint in MLS that he still has plenty of quality and life left in him to compete and produce at a higher level.

In turn, a return to Europe is seemingly the best bet, and as reported by Calciomercato, via the paper edition of La Gazzetta dello Sport, it’s claimed that Ibrahimovic’s former Sweden teammates are convinced that he will head back to Milan for a second stint.

The Swede enjoyed a stellar spell with the Rossoneri after scoring 56 goals in 85 games for them between 2010 and 2012, while leading them to their last Serie A title in 2011.

As they continue to dwell in the bottom half of the table this season and struggle to show signs of being able to secure qualification for the Champions League, signing a player like Ibrahimovic in January with the quality, experience and leadership that he could bring to the squad could be a smart move from the Italian giants.

However, given it’s Ibrahimovic, there will no doubt be plenty of competition for his signature too and so it remains to be seen who wins the race.