According to Calciomercato via Italian station Radio Marte, Lucas Torreira’s agent, Pablo Bentacur, has revealed that the combative midfielder is currently unhappy with his situation at Arsenal.

The 23-year-old has only started four of the nine appearances he’s made in the Premier League so far this season. This is particularly surprising giving that the Uruguayan was one of the Gunners’ best players last season.

Calciomercato also reveal that the midfielder was disappointed after a potential move to Napoli fell through given the “economic” difference between the Serie A giants’ offer and Arsenal’s. 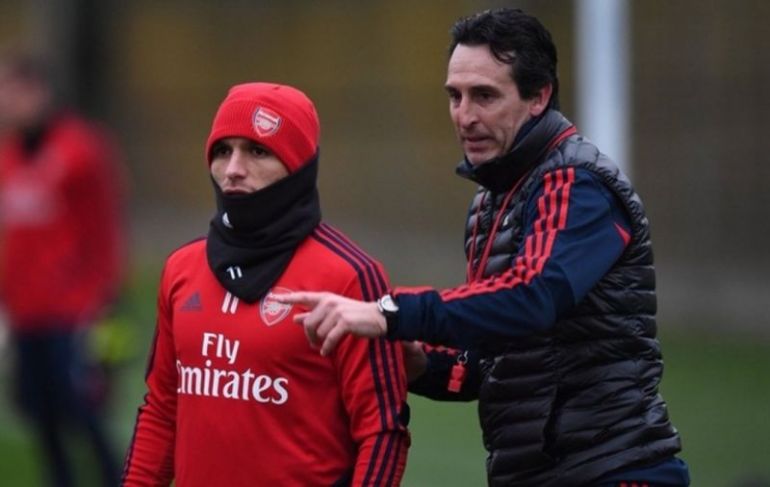 Is Unai Emery wasting Torreira’s ability by playing him in this new role?

Here’s what Bentacur had to say on all things Torreira:

“In football everything can happen. Torreira is doing well at Arsenal, even if the change of role does not make him happy.”

“But it must be said that this year the whole team is not going well. I don’t know how things are, but I think Arsenal wants to keep it.”

“Play little? In the new role he is not at ease, but we respect the coach’s decisions, then we’ll see what happens. Torreira was upset when the passage to Naples jumped.”

Emery’s new role for Torreira certainly isn’t making the most of his talents and it may also be a factor in why the team are struggling right now.

The Gunners’ chances of finishing in the top four look difficult after their recent loss in last week’s crucial clash against Leicester City.

Torreira has made 15 first-team appearances for the Gunners across all competitions so far this season, it may be wise for Emery to revert the midfielder back to his usual role in an attempt to get Arsenal’s season back on track.