Liverpool have been dealt a blow ahead of their next PL clash against Crystal Palace next weekend, as the Reds could be without four key first team players for their match vs the Eagles.

Jurgen Klopp’s side travel to Selhurt Park to take on Palace next weekend, as they look to at least maintain their eight point lead over Leicester and Chelsea in the league table.

Ahead of the match, it seems like the Merseyside outfit could be without a number of their first team squad, as the Mirror note that Salah, Robertson, Gomez and Robertson are all doubts for the clash.

Salah was spotted wearing a protective boot whilst on international duty with Egypt earlier this week, whilst Robertson admitted he hadn’t trained for the Reds in over two weeks due to a problem with his ankle.

As well as this, both Gomez and Henderson were sent back to Liverpool by England after they picked up a training injury and viral infection respectively. 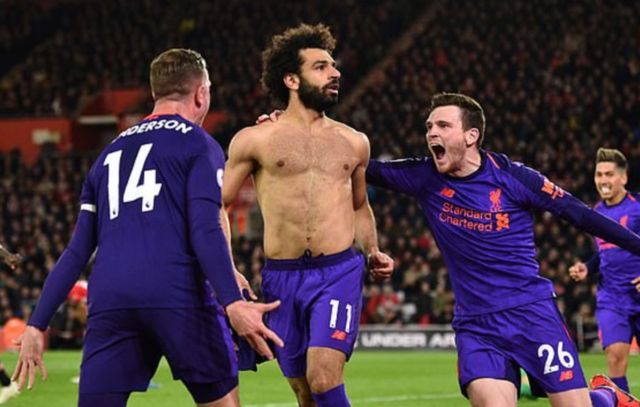 Salah, Robertson and Henderson are doubts for LFC’s clash vs Palace

All of Hendo, Salah and Robertson have played key roles for the Reds so far this season, thus were they to miss their side’s clash against Palace in a weeks time, it’ll come as a big loss.

If all four aforementioned stars were to miss LFC vs Palace next weekend, it’ll be interesting to see how Klopp lines up in south London, as the Reds look to continue their fine start to their Premier League campaign.