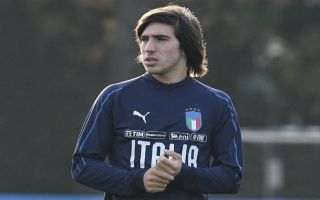 The 19-year-old has been an integral player for Brescia, making 65 appearances for them so far with six goals and 11 assists to his name. Tonali played a major role in La Leonessa winning the Serie B last season which saw them gain promotion to Serie A for the first time since 2010.

In 2019/20, the Italian international has made 12 appearances across all competitions, scoring against Genoa while providing two assists against Bologna and Napoli. According to Don Balon, Real Madrid and Barcelona are both interested in signing Tonali but Atletico Madrid are currently the front-runners to land him. The report claims that Los Colchoneros see him as a replacement for Thomas Partey.

According to Football Italia, Brescia President Massimo Cellino rated the teenager at €300 million. Of course it’s highly unlikely that Tonali will be sold for that amount but his current club will demand a large sum for him.

Given that Brescia have a good chance of being relegated back to Serie B, the odds of Tonali leaving the club are high. Atletico Madrid’s squad will undoubtedly be bolstered if the Italian international signs for them.