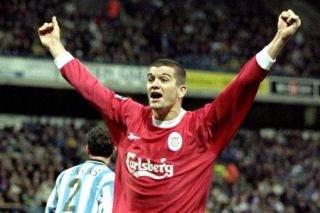 Ex-Liverpool and Leeds defender Dominic Matteo has undergone surgery in order to remove a brain tumour.

The 45-year-old came through the youth ranks at Anfield before going on to make 155 appearances for the Merseyside giants.

He left for Leeds in 2000 and made a further 146 appearances for them, while spells with Blackburn Rovers and Stoke City followed before his retirement in 2009.

As noted by The Mirror, he has now undergone the procedure and is being treated in hospital after falling seriously ill earlier this week.

Further, the report notes that he is now coming out of intensive care, and naturally we send all our best wishes to him and his family and hope that he can make a full and speedy recovery.

As seen in the tweets below, both Liverpool and Leeds have sent their well wishes to their former player too, as the messages of support from fans also flooded in as Matteo is evidently still a popular figure at his former clubs.

We are sending our support to @Dominicmatteo21 after the former Reds player was taken seriously ill earlier this week ??

?? The thoughts of everyone at #LUFC are with our former captain @Dominicmatteo21 and his family after he was taken seriously ill earlier this week. Stay strong Dom! pic.twitter.com/6ORZlU86In