Gerard Pique has recommended that Barcelona agree a deal to sign Adama Traore from Wolves and bring the Spaniard back to the Nou Camp.

Traore, who currently plays for Nuno Espirito Santo’s side, used to play for the Blaugrana before leaving the Nou Camp for Aston Villa back in the summer of 2015.

The Spaniard has been in decent form for Wolves lately, something that seems to have encouraged Pique into recommending his signature to Barca.

According to Don Balon, Pique has advised Barcelona to bring Traore back to Catalonia, with the club themselves only willing to spend as much as €30M on the winger.

Barca currently have a wealth of attacking options to choose from, thus we don’t feel signing Traore should be at the top of their to-do list at the moment.

The club need to focus on bringing in a replacement for Luis Suarez at striker, something Traore won’t be given he’s proven to be most effective out-wide for both Wolves and Villa. 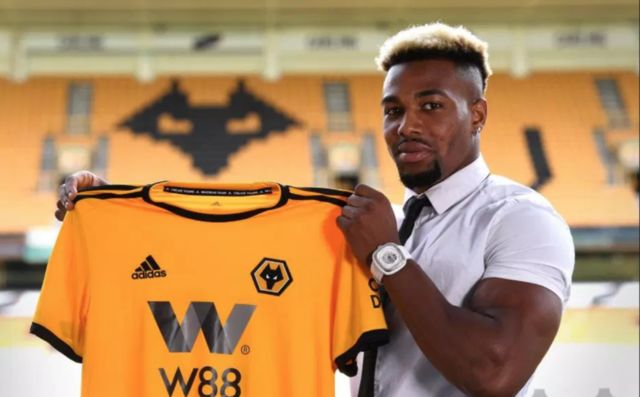 Traore has often been used as a winger during his career, however lately, Wolves have opted to start him as a right wing-back, a decision that has proven to be a wise move thus far.

It’ll be interesting to see if Barca end up listening to Pique’s advice and making a move for Traore in the future.

If we’re being honest, the Blaugrana should probably forget about Pique’s recommendation here and focus on improving other areas of their squad in the upcoming transfer windows before it’s too late.