According to Forza Italian Football, Juventus superstar Cristiano Ronaldo has shut down rumours of a reported rift with the club and manager Maurizio Sarri.

The 34-year-old admitted that he “doesn’t like” being substituted but also shed light that on the fact that injuries have been impacting his performances recently.

The former Manchester United and Real Madrid talisman was brought off in the 55th minute of the ‘Old Lady’s’ clash to be replaced by eventual game winner Paulo Dybala.

Ronaldo seemed very animated after the substitution with Tuttosport reporting he said the words ‘Porra Caralho’ to Sarri on the weekend after being taken off, words that loosely translate to ‘what the f***!’ in English.

Perhaps the media have exaggerated the situation between the forward and Juventus. The Mirror recently reported that the superstar would hold showdown talks with Juventus chiefs when he returns from international break. 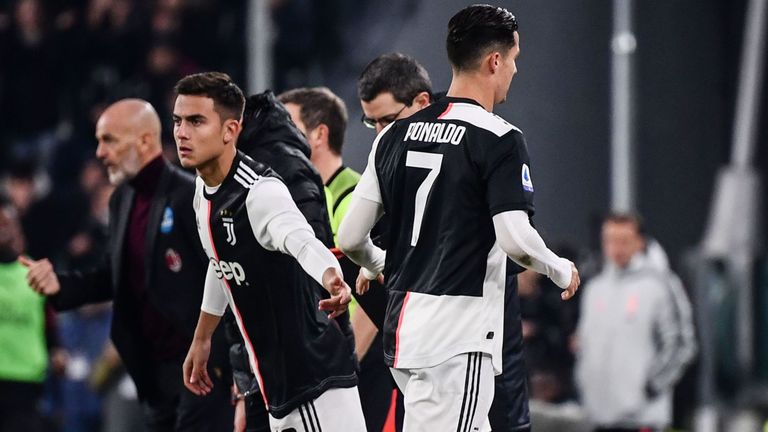 It was this moment that sparked controversy.

Here’s what the five-time Ballon d’Or winner had to say on the controversy surrounding him:

“In the last three weeks, I have been playing despite not being fully fit,”

“I don’t like to be substituted, but I have been playing despite not being fully fit and I tried to help Juventus. I understand the substitutions, as I wasn’t 100 percent.”

“In these two games with Portugal I wasn’t at 100 percent either.”

“But I am very proud to sacrifice myself for the national team or for my club.”

“In my career, I never had serious injuries, as I usually do between 50 and 60 games, but I am having some discomfort that prevent me from being at 100 percent.”

“Someone should have said something, especially the coach or myself, but you know I don’t usually talk to the press a lot.”

Ronaldo has only scored 6 goals in 14 appearances across all competitions so far this season for Juventus. The Portuguese star will be hoping to silence his critics when he’s back from the international break.

Juventus face Atletico Madrid later this month and this would be the perfect moment for Ronaldo to show that he’s not slowing down anytime soon.