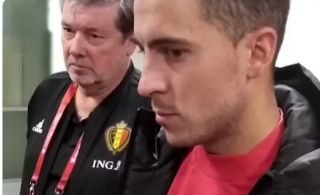 Real Madrid star Eden Hazard has made the exciting claim that he thinks Frank Lampard has already shown he can be one of the best managers in the world after his fast start at Chelsea.

The former Blues midfielder took over from Maurizio Sarri this summer and has made a fine impression so far, with his crop of young players looking the real deal under his guidance.

Hazard left Chelsea for Real Madrid before getting the chance to work under Lampard, but it’s clear he’s impressed with what he’s seen from his old club this season.

CFC fans will no doubt be pleased to hear such strong praise from a world class player who’s worked under a lot of the top managers in the world in his career.