According to Spanish outlet Don Balon, AC Milan striker Krzysztof Piatek has shockingly made contact with Real Madrid in order to seal a move to the La Liga giants.

Don Balon claim that the Polish star deeply regrets joining Milan this January when he had the chance to move to Los Blancos in a €10m deal which also would’ve seen Genoa acquire Mariano Diaz.

The 24-year-old is now willing to make sacrifices – including taking a lower wage and being willing to play second fiddle to Benzema, in order to seal a move to the Santiago Bernabeu.

Piatek is aware that Madrid’s marquee summer signing Luka Jovic isn’t exactly Zinedine Zidane’s cup of tea and it’s even reported that he could head to Milan in a potential deal. 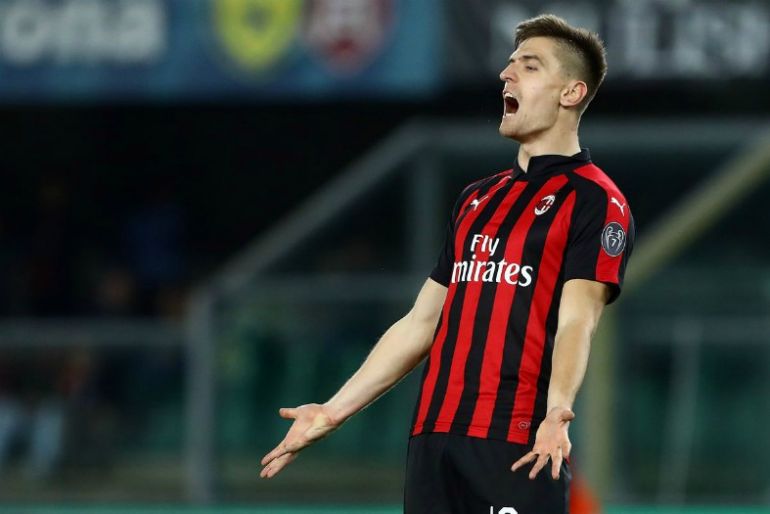 Krzysztof Piatek in action for AC Milan. Would the Polish star be a success at Real Madrid?

According to Sempre Milan via La Gazzetta dello Sport, Milan are considering the option of loaning Piatek out in the January transfer window in a bid to help him get his confidence back.

The Pole hasn’t score in almost a month for Milan, with his last strike coming against relegation candidates Lecce.

Piatek has 88 career goals to his name for club and country but things haven’t gone to plan since his move to the San Siro.

It will be interesting to see if Madrid consider a move for a player that’s currently out of form – regardless of the fact that he’s one of their former targets.

“This is not what we signed up for” – Could Liverpool, Man Utd & co. be getting cold feet over Super League?
More Stories Krzysztof Piatek