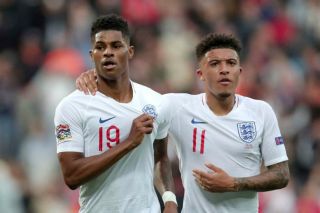 England finished their Euro 2020 qualifiers with a 4-0 drubbing against the Dardanet. Rashford came on as a substitute for Callum Hudson-Odoi just before the hour-mark and went on to score the Three Lions’ third goal in the 83rd minute. It was the Manchester United forward’s third of the qualifiers and his tenth for England.

Keane was all praise for Rashford, saying that he scored the goal of the match. As quoted by Manchester United’s official website, the former Red Devils captain told on ITV: “Brilliant, brilliant goal. What a finish. He is back to his best. It was a lovely play, nice and simple. Does it matter about the opposition? Of course it does, because they’re getting opportunities, but that was the goal of the night. A lovely finish. Pure quality.”

Rashford has produced some fine performances for both Manchester United and England in the past few months. The 22-year-old has netted nine goals while providing three assists in 17 appearances across all competitions for the Red Devils so far.

Having impressed during the international break, Rashford will be hoping to produce similar displays for Manchester United as the season progresses. The Red Devils’ next fixture is against Sheffield United at Bramall Lane on Sunday.