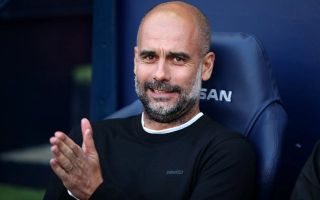 The 21-year-old has been a key player for the Bundesliga side since joining them from Red Bull Salzburg in 2017. So far, Upamecano has made 86 appearances for Leipzig, scoring three goals.

SEE MORE: Pundit reveals the one player because of whom Liverpool are ahead of Manchester City

According to 90min, Manchester City are considering a bid to sign the Frenchman in January. Pep Guardiola’s side are without their star defender Aymeric Laporte for a few months which leaves them with John Stones and Nicolas Otamendi as their only recognisable centre-backs. Fernandinho has had to play in the heart of defence and even though he has done fairly well, hasn’t had the kind of impact Laporte did.

City do need a defender in January and Upamecano would be a fine addition. He has been doing pretty well at Leipzig and is someone to watch out for in the future.

Manchester City aren’t the only side interested in signing Upamecano. The Sun claimed some weeks back that Arsenal were also keen on landing the 21-year-old centre-back who would be available for £40 million.