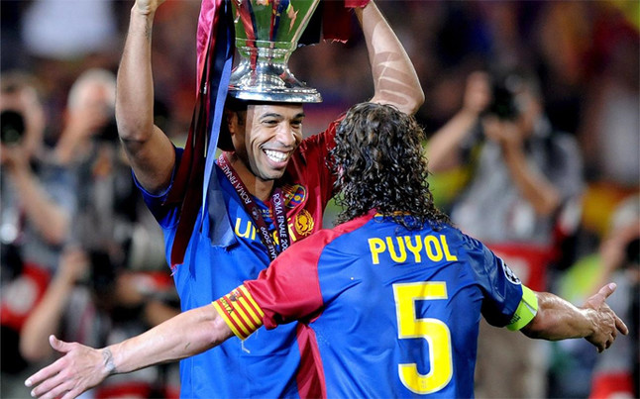 Henry is inexperienced at the highest level of management, having had only a brief and unsuccessful stint at Monaco to his name so far, though he was just in the last few days confirmed as the new manager of Montreal Impact.

MORE: Chelsea join Barcelona and Arsenal in the race to sign £70m-rated teenager

Still, it seems his Barca connections saw him strongly considered and approached over the role earlier this year, according to a report from Mundo Deportivo.

The Frenchman spent three years of his playing career at the Nou Camp, winning the treble in 2008/09 under the expert guidance of Pep Guardiola.

Experience like that will no doubt have served Henry well as he attempts to move into management, though it’s surely too early for him to be taking over at such a big club.

Henry could do well to take things slow and see how he does with Montreal Impact before attempting to coach a top European side any time soon.

The 42-year-old may well have had an easier time of things due to the quality of players available to him at Barcelona, but fans of the Catalan giants will surely be relieved they didn’t take such a massive gamble, even if current boss Valverde isn’t exactly Mr Popular right now.