The former Monaco star has become an integral player for the Reds since joining them. So far, Fabinho has made 58 appearances for Liverpool with two goals and four assists to his name.

SEE MORE: “He is connected to the game”- Xabi Alonso hails Liverpool ace

This season, the 26-year-old has been maintaining his good form for the Reds and even scored a screamer against Manchester City some days back. Fabinho’s performances for Liverpool has also seen him being included in Brazil’s squad for every international break in 2019/20 so far.

Tite hailed the defensive midfielder, saying that he has played well in the opportunities given to him. As quoted by Goal.com, the Brazil manager said: “Fabinho has built a positive growing. All the times he played, he played very well. And he brings confidence from his club to the Brazil national squad. In a natural way, and we can feel it. It’s not that you can only see it, you can feel it. Fabinho is playing his normal football in a role that he also has at Liverpool.”

Given his performances for Liverpool, there’s a good chance of the 26-year-old becoming a regular starter for Brazil soon. Fabinho came on as a second half substitute in the match against Argentina but there’s a chance Tite might start him in tomorrow’s match against South Korea in Abu Dhabi. 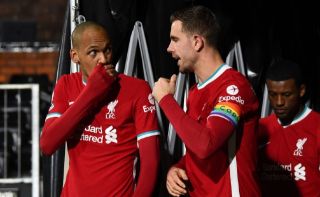 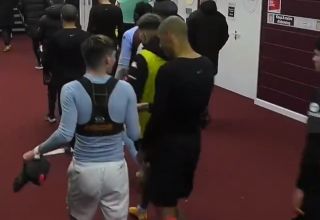