According to the Sun via Spanish journalist Eduardo Inda, Barcelona superstar Antoine Griezmann is already contemplating his future at the Camp Nou just four months after his marquee move to the La Liga champions.

After Griezmann’s slow start to life with Barcelona, Eduardo Inda has suggested that the attacker is already exploring the possibility of leaving the Blaugrana at the end of the season.

Inda’s shocking report was based off sources in the superstar’s camp.

It’s added that the Frenchman could be used in a deal to bring Paris Saint-Germain’s Neymar back to Barcelona.

The Sun highlight that Griezmann being a makeweight could appeal to the Parisians as they’e been linked with a move for the star in the past.

As per the club’s official website, the Blaugrana spent a mammoth €120 (£107m) to bring the Frenchman to the Camp Nou. 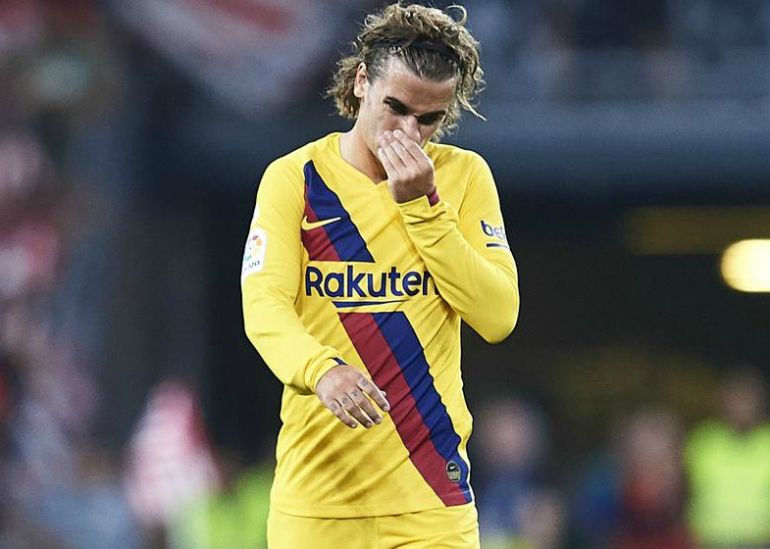 The 28-year-old hasn’t even been that bad in La Liga, the forward has four goals and three assists in 11 games.

The more concerning issue is that the Frenchman has failed to register a single goal contribution in four Champions League appearances, given his marquee price-tag the star is expected to perform on a big stage.

Griezmann only seems to be having issues with Barcelona, the superstar has an impressive return of 3 goals and 7 assists for France across their 10 European Championships qualifiers.