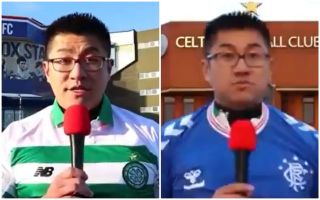 A neutral fan tried an experiment on his YouTube channel, and his findings were pretty shocking.

Watch below as this fan goes on stadium tours at both Celtic and Rangers, but each time wearing the colours of their fierce rivals.

First up, he dresses in a Celtic shirt and tries to get a look around Rangers’ ground, only to receive a very hostile welcome.

This Youtuber is a neutral, he visited both stadium tours and the contrast is stark pic.twitter.com/m6f43eW3RC

Next, he dons a Rangers shirt and goes for a stadium tour at Celtic, who are far more welcoming and actually let him into the ground!

The difference here could not be more stark, and it’s pretty damning just how he was treated by club officials at Rangers.