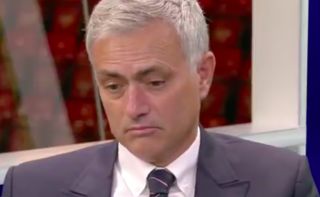 There were mixed reactions from several after Tottenham announced the appointment of Jose Mourinho as their new manager.

The Portuguese was given a contract till 2023 just hours following the sacking of Mauricio Pochettino. Less than a year after being dismissed by Manchester United, Mourinho is back in management. Spurs are currently 14th in the Premier League table but are on the brink of qualifying for the knockout stages of the Champions League.

Mourinho has had fine managerial spells with English clubs. During his spells at Chelsea, the Portuguese won eight trophies that included three Premier League titles. At Manchester United, Mourinho won three trophies which included the 2016/17 Europa League. There hasn’t been a single English club where the 56-year-old hasn’t won trophies and Spurs have a very good chance of winning silverware under him.

Many were happy with Mourinho’s appointment while some weren’t. Let’s take a look at how the fans reacted to he self-proclaimed ‘Special One’ being in charge of Tottenham.

He’s deffo winning you lads, trophies for sure.

What a horrible decision.

Now Spurs can win a trophy

This is so out of touch with where we were heading as a club. Levy has lost it. #LevyOut

Mad. Levy is in for a treat.