The next few months should be pretty interesting at Spurs. It was well known Daniel Levy was tight with the old purse strings and Mauricio Pochettino managed to work wonders with some limited funds at times.

It’s not to say the Argentine didn’t make some big signings, but history suggests that Jose Mourinho will be looking to throw some money around. He’s done it at most of his clubs, and you have to think he was promised some transfers as part of agreeing to take the job.

That means the transfer speculation can well and truly start, so it makes sense that the most obvious target is where the media have begun.

READ MORE: Opinion: Manchester United, Arsenal and three other clubs who should be going all out for Mauricio Pochettino

A report from AS has indicated that Gareth Bale has always had an admirer in Mourinho. They suggest he wanted to take him to Old Trafford when he took the Man United job, and Bale was also one of the main reasons he wanted to return to Madrid as he saw him as a key player to build around.

When you couple that with Bale’s history with Spurs and apparent unhappiness in Madrid, then it seems like a no brainer.

The only downside for Spurs fans at this point is the report does indicate it would probably have to happen next Summer. It looks like Real are going to make a serious run at Kylian Mbappe next year so that would leave Bale out of the first team.

The Spanish press have done their best to denigrate Bale and suggest he’s only interested in playing golf, but he’s still been outstanding for Wales and has shown he’s playing at a high level. 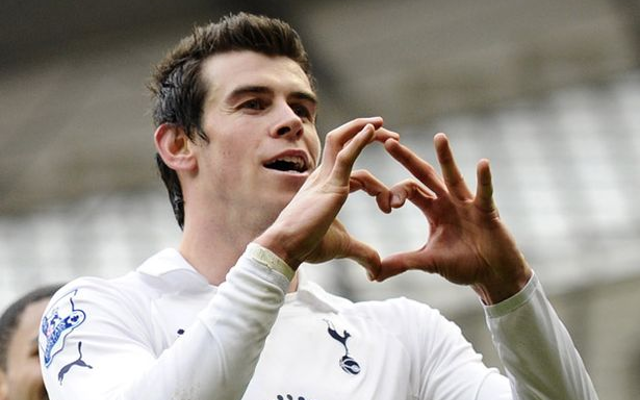 Bale’s celebration in his Spurs days

Returning to Tottenham would allow him to be the main star again (apart from Mourinho) so it could give him some freedom to enjoy the final years of his prime without the Spanish media trying to bring him down.

It could be a win-win situation for everyone.