The circumstances surrounding Neymar have become such a farce recently it’s sometimes possible to forget he’s actually a footballer. He’s mainly in the news for a weird attachment to the female members of his family or for trying to force a move back to Barcelona.

It’s often forgotten that he’s injured a lot of the time. He’s missed a lot of action this season through injury or huffing, but it looks like a return could be close.

A report from RMC via Culture PSG has indicated he might even be fit to play against Lille this weekend, which means it’s possible he could be fit enough to start at The Bernabeu against Real Madrid in the Champions League next week.

It’s good to see him back in action, but we all know if he plays well in Spain then it will only fuel those rumours about a return to Barcelona yet again.

The Parisians are five points clear with only two games left so they don’t even need to win the game to finish top. They’ve had some poor results away from home in Europe over the past few years, so it’s a good time to turn that round.

Zinedine Zidane’s team have had some awful results in the competition so far but they should go through, largely down to the failure of Galatasaray and Club Brugge to pick up any wins. 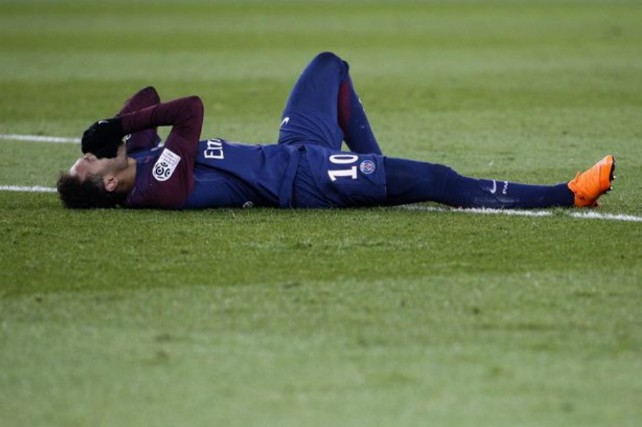 A common sight for Neymar in recent years

If PSG can turn them over in Madrid then it will leave them needing to get a result in their final group game. If they don’t manage to get out of this group then Zidane could be in huge trouble.