This does feel like it might be one of the worst kept secrets in football over the past few weeks. We’ve seen a lot of speculation and clubs trying to get some publicity on social media over where Zlatan might go next, but one name has been consistently linked.

Football Italia has quoted Ansa and Sky Sports Italia in saying that AC Milan have officially opened talks to bring AC Milan back to the club. They state they met with his agent – Mino Raiola – for the first time about bringing him back today.

He would be able to join up with the team in January after his contract with LA Galaxy expires at the end of December.

They do go on to say that his contract demands are quite high and that it would likely be an 18 month deal, but there’s no figures given for what his weekly wage would amount to.

He is now 38 so it will be fascinating to see how he fares at the top level again. He was sensational for LA Galaxy last season and averaged a goal a game, but the level in Serie A is so much higher. 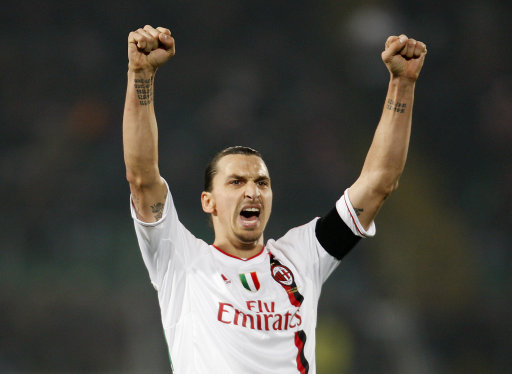 Zlatan in action for Milan in a previous spell

Milan are struggling this season and need somebody to kick start their season. We all know that Zlatan takes his fitness seriously and it will be hugely important for him to go out on top of his game and looking like a hero.

Nothing is confirmed yet, but it’s a move that makes sense for both parties. Let’s hope it happens.