Tottenham today announced the appointment of Jose Mourinho as their new manager to replace Mauricio Pochettino, and it’s not exactly going brilliantly…

Most Spurs fans are pretty gutted to see Pochettino leave and be replaced by someone who increasingly looks like a has-been at the highest level.

MORE: Jose Mourinho to Tottenham is a move of mutual desperation that is doomed to fail

And unlike Pochettino, Mourinho is not well known for trusting young players, which could be bad news for some at Spurs.

See below as Tottenham starlet Troy Parrot hinted he’s not happy about the move, liking a tweet urging him to leave the club for Manchester United after Mourinho’s arrival. 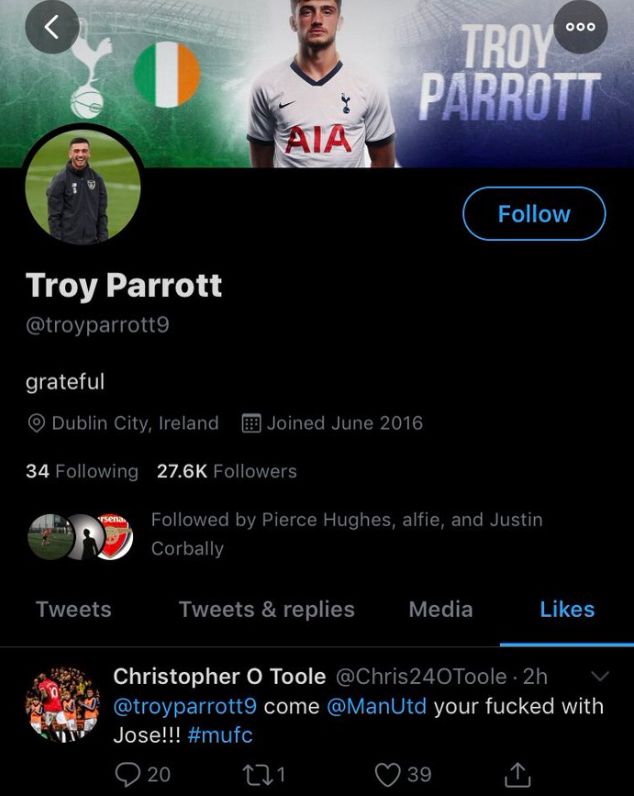 It’s worth noting the Irish starlet seems to have quickly un-liked this tweet, but it doesn’t look great from a THFC point of view.

Many of the club’s young players may well fear they will no longer get a route into the first-team or the chance to develop as they did before.

Parrot looks a huge prospect too, having recently been linked with major clubs like Real Madrid and Bayern Munich.