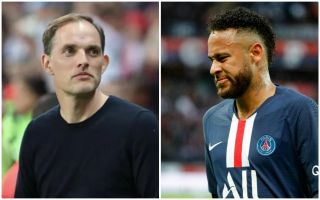 Paris Saint-Germain superstar Neymar has appeared to hit back at criticism from his manager Thomas Tuchel with a cryptic tweet.

The Brazil international was recently criticised by his manager for a trip to Madrid to watch the Davis Cup.

MORE: Neymar could return from injury to face Real Madrid in the Champions League

“What can I do? I’m not his father, nor the police. I am just his coach,” Tuchel said.

“He trained well. Did I enjoy his trip to Madrid? No. But he was very professional during those two weeks.”

Shortly after the German tactician made these comments, Neymar tweeted this message below…

In every life we have some trouble
But when you worry, you make it double
Don't worry, be happy ? pic.twitter.com/dP7azdikh4

It could be pure coincidence, but it seems unlikely that the 27-year-old didn’t know what he was doing here.

Neymar has not had the best of times at PSG, having been linked with a return to Barcelona for much of the summer transfer window.

In the end, he stayed at the Parc des Princes, but was booed by his own fans earlier on this season.