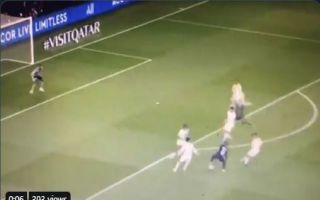 Admittedly this is one of those pieces of skill that doesn’t actually lead to anything, but it doesn’t mean it’s not brilliant to watch.

Neymar made his return from injury tonight and looks like he’s never been away. He produced this brilliant piece of skill and back heeled pass to bamboozle the Lille back line and play his teammate in:

Neymar is just too good. What a pass pic.twitter.com/4RLSHLPSqA

It’s so close to taking out the entire defence, but you have to credit the defender who does well to get round and cover. Di Maria’s touch isn’t great, but it’s also likely he was as caught out by Neymar’s skill as the defence was.