After a potential injury scare to in-form winger Christian Pulisic, Frank Lampard’s Chelsea side go into their huge top-of-the-table clash against Manchester City this Saturday full of confidence.

With only two league defeats this season, Chelsea are currently positioned in a well-earned third place in the Premier League.

The USA international, who has scored six goals in his last five league games for Chelsea, missed international duty for the USA as he was substituted in the last 10 minutes of the Blues’ 2-0 win over Crystal Palace on November 9.

In his press conference this week though, Lampard confirmed Pulisic will be fit to play at the Etihad this weekend.

Although Pulisic will be fit to face the current Premier League champions, Callum Hudson-Odoi is expected to miss out, with Lampard telling the club’s official site that the Englishman picked up a hamstring injury when featuring against Kosovo last Sunday.

Following his one-game suspension, central midfielder Jorginho will return to the side and that will come as a huge boost for the Blues given how impressive he has been so far this season. Accompanying the Italian in the centre of the park will be N’Golo Kanté, who has recently returned to the starting XI from an injury issue of his own.

“It is going to be an open game, so Jorginho and Kante may have to sit deeper than they have been so far this season.”

Lampard has been heavily praised this season for his efforts to integrate Chelsea’s promising academy players with the likes of Tammy Abraham, Mason Mount and Reece James making names for themselves.

However, facing a top side like City, players such as James, who started against Crystal Palace, will most likely be dropped for club captain Cesar Azpilicueta, who has proven his worth in big games such as this.

Despite facing tougher opposition than they have in recent games, Lampard and his side will still be confident that they can get a positive result in Manchester. 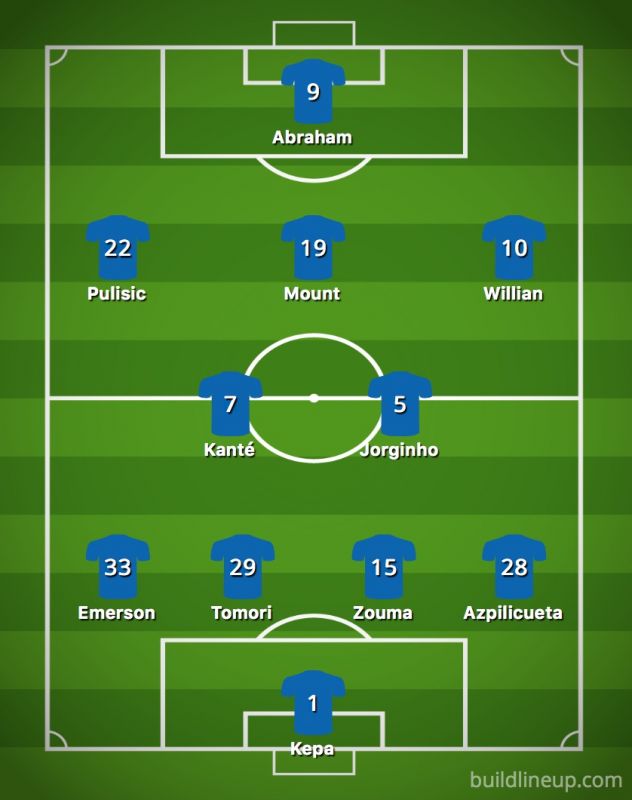