Despite nursing a few injuries, Liverpool will look to maintain their unbeaten start to the season when they face Crystal Palace away from home on Saturday.

Since Mohamed Salah picked up an ankle injury against Leicester City in early October, Liverpool head coach Jurgen Klöpp has told The Mirror that the former PFA Player’s Player of the Year will not need surgery.

Despite injury concerns, Salah could feature against Palace as he was involved in partial training during the week. Though called up to the national team, the Egyptian sported a protective boot whilst sat on the bench for the duration of the international break.

Starting left-back Andy Robertson is another major doubt for Saturday’s game with an ankle injury similar to Salah’s, as he missed out on playing for Scotland in the last two EURO 2020 qualifiers.

Stepping into Robertson’s shoes will potentially be the always reliable James Milner, who is no stranger to playing as a full back.

Staying with the defence and Dejan Lovern looks set to keep his place alongside Virgil van Dijk, with Joel Matip still ruled out of the side with an injury problem of his own.

A boost in the midfield for the Reds will see captain Jordan Henderson return as well as Georginio Wijnaldum, both of who have recovered from an illness.

Although the league leaders may not be at full strength, Liverpool will still have strong belief that they can achieve a victory and maintain their undefeated start to the season. 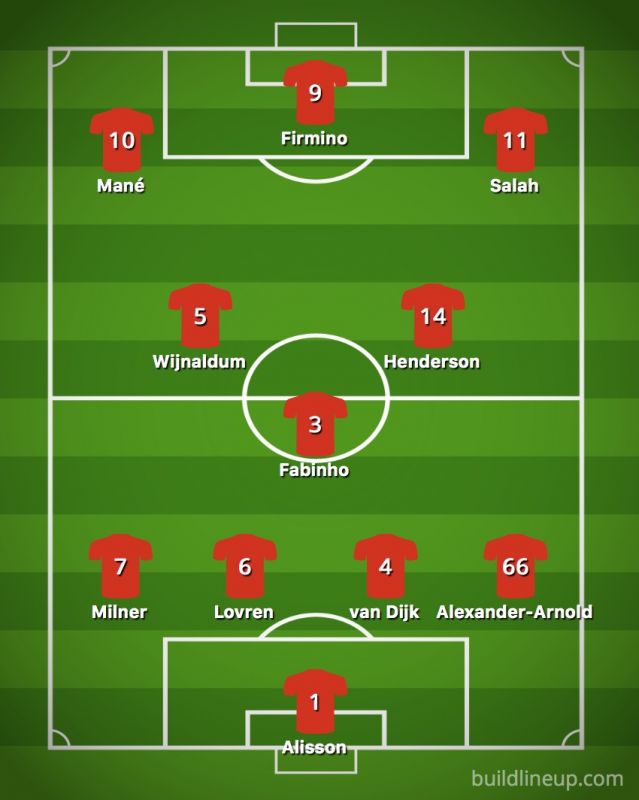