It’s been a harrowing couple of weeks for Cristiano Ronaldo at club level. It all started when Mauricio Sarri decided to haul him off early in the second half of their game against AC Milan.

The real problem for Ronaldo is that his manager actually made the right decision. You could see his teammates felt compelled to give him the ball and he was doing nothing with it. His absence allowed Paulo Dybala to flourish and he had a decisive effect on that game.

Dybala was joined on the scoresheet by Gonzalo Higuain this weekend as Juve won a difficult game way to Atalanta, so it’s starting to look like they might be a better side without Ronaldo as he missed the game through injury.

It doesn’t seem like we will get to see an extended run of Juve games without him after AS reported he’s expected to return from injury to play against Atletico Madrid on Tuesday. 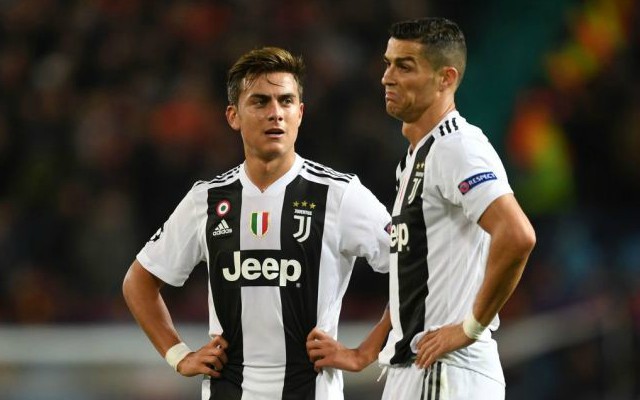 Dybala has started to flourish in Ronaldo’s absence

In fairness, Atletico is one team that Ronaldo always seems to excel against so his return might come at the ideal time for Sarri. It’s a huge game when it comes to determining who will finish top of the group – if Atleti win then they know a win in their final game will see them finish top.

In a purely statistical sense, Ronaldo is still doing well for the Italian giants. He’s got 34 goals in 57 games which is still great, but it’s nothing compared to the standards he set at Madrid. When you also consider that the team might be better without him, it could lead Juventus into making the unthinkable decision of trying to sell him next Summer.