According to the Mirror, Liverpool legend Graeme Souness blasted Phil Jones’ poor performance for Manchester United in the first-half of today’s exciting clash against Sheffield United.

The England international was brought off at halftime with the Red Devils trailing 1-0 at the time. Souness told Sky Sports’ panel while covering the game that the centre-back “gets it all wrong” and that he isn’t a “cute player”.

The 27-year-old was making his first appearance of the season in the Premier League and he struggled to cope with Sheffield’s attacking players.

Jones was slammed by some United supporters after his costly error led to John Fleck’s opener for the Blades. 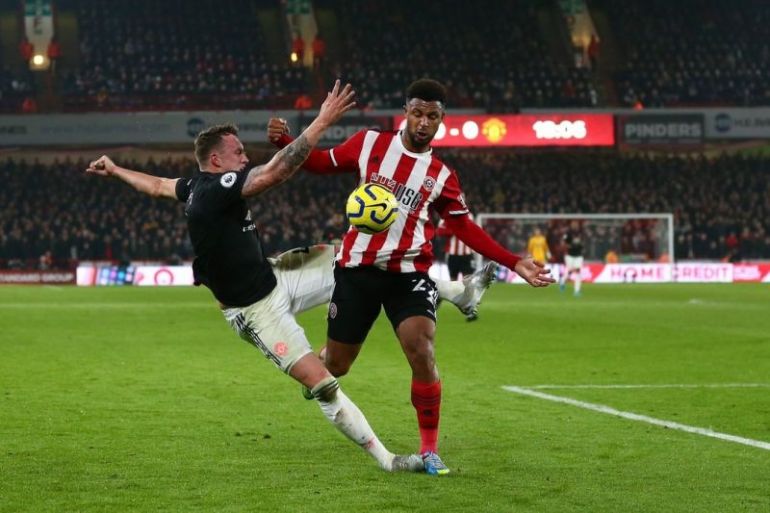 Here’s what Souness had to say about Jones’ performance:

“Jones has done everything wrong for the goal. Protect the ball. Try and get your team a goal kick or at worse put it out for a throw in.”

“He just gets it all wrong. Jones isn’t a cute player – he hasn’t got a great touch, so he should just put it into row Z at worst.”

Despite United’s massive investment into their defence with the signings of Aaron Wan-Bissaka and Harry Maguire this summer, it doesn’t look as though the team is confident at the back.

Given Jones’ unflattering performance today, perhaps Ole Gunnar Solskjaer should look to promising youngster Axel Tuanzebe the next time he decides to make changes and add players to the defence.