Made In Chelsea star Sam Thompson has called out Manchester United left-back Brandon Williams for sliding into the DMs of his girlfriend Zara McDermott.

The Red Devils youngster has been apparently joined by club legend Patrice Evra in trying to chat up the Love Island star, but Thompson says he wants to see some Chelsea players getting involved too!

“I’ve always dreamed of talking to footballers, but no one ever replies to me. The only way I can talk to them is through my girlfriend’s phone on the DMs,” he said on Instagram.

“We’ve got Patrice Evra on there who’s like a hero of mine and who I absolutely love. He’s sent one of those things where he says ‘I love this game’. Why don’t they reply to me, but slide into her DMs? I’m just as good. 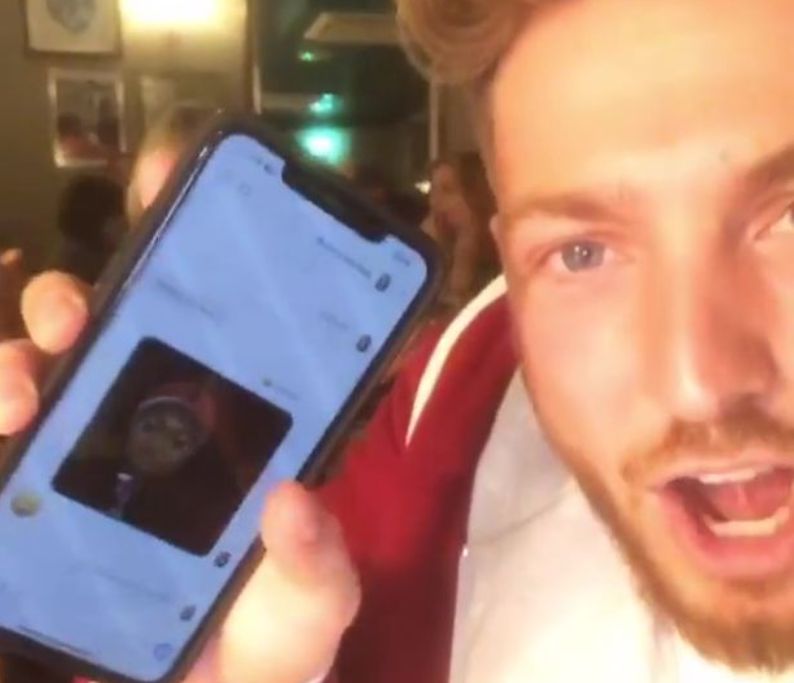 “It’s always Man Utd, but where are the Chelsea boys? Mason Mount, slide in. Or Tammy Abraham, your my hero, come on.”

This isn’t a great look for United’s left-backs past and present, with Evra notably married since 2007.