The Ivorian was pictured alongside stopper Bernd Leno during training and Arsenal’s Instagram handlers accidentally tagged Maitland-Niles into the picture – rather than Pepe.

The caption of the post read “Preppin for the weekend”.

The Gunners clearly didn’t do enough work as relegation candidates Southampton would’ve beat them if it wasn’t for a last-minute equaliser from Alexandre Lacazette.

Pepe decided to have some fun after seeing the social media blunder and replied with ‘It’s me’, as well as emojis of a laughing face and facepalm. 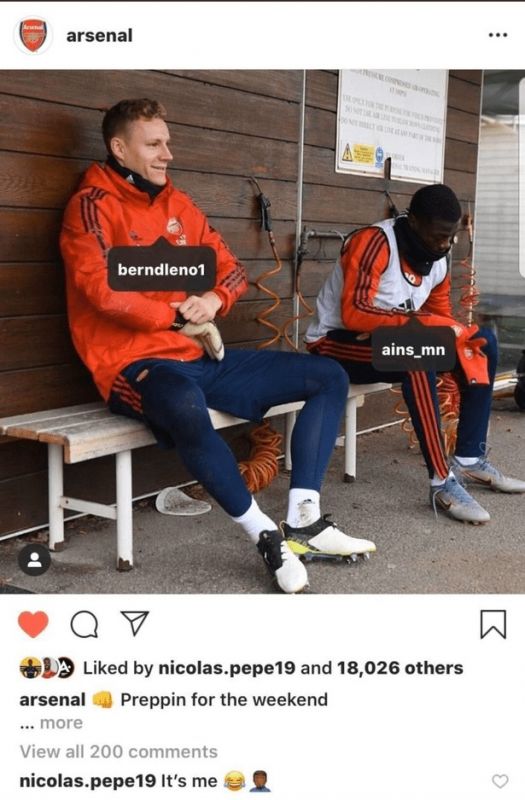 It appears as though the Gunners can’t stop themselves from being embarrassed both on and off the pitch. The side’s poor run of form has left their hopes of a top four finish in serious doubt.

Pepe hasn’t exactly hit the ground running with the Gunners so far this season, the 24-year-old attacker has registered seven goal contributions in 16 appearances across all competitions so far this term.