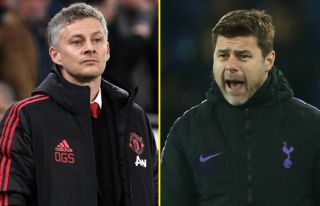 Manchester United have been warned by Stan Collymore about potentially missing out on hiring Mauricio Pochettino now that he’s available.

The Argentine was sacked by Tottenham at the start of this week, and has since been replaced by former Red Devils boss Jose Mourinho.

However, many still expect Pochettino will soon be back in football, and quite possibly at a bigger club than Tottenham after doing so much fine work in his five and a half years in north London.

It remains to be seen where Pochettino will end up, but Man Utd certainly seem like a club who could do with an upgrade on their current manager.

Ole Gunnar Solskjaer hasn’t been too impressive in his time at Old Trafford, and is certainly far less proven and experienced at the highest level in comparison to Pochettino.

Collymore believes the 47-year-old could be ideal for the Red Devils, and has warned them not to miss out now that he’s available or they’re sure to regret it in the future.

“If you are Ed Woodward and Manchester United, you should already have had a chat with Mauricio Pochettino,” Collymore wrote in his column for the Daily Mirror.

“The Argentine’s philosophy fits hand in glove with United’s and the respect he gets from players is second to none.”

He added: “I love Ole, but if he had played for any other club than United, he would not have been in the frame for the job when Mourinho was axed.

“And if they don’t take him now, they will deserve all the what-ifs that will come their way in years to come – because he will go somewhere else and get success.”