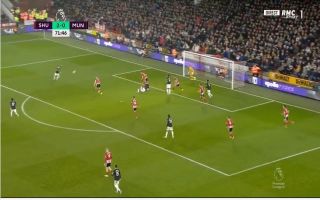 He might have struggled a bit in the game today, but Brandon Williams will always remember it for scoring his first Man United goal.

The fact his team were 2-0 down means he can’t really celebrate it, but it’s a fantastically taken half-volley with his weaker foot and it drags Man United right back into the game:

Sheffield United have been outstanding this season and have dominated Man United for the majority of the game, but this goal provided the platform for United to come back and level the game shortly afterwards.

With a Mauricio Pochettino shapes ghost looming over Solskjaer just now, a win here could give him a bit of breathing room when it comes to his job security.